Polk County, Iowa is nearing completion to the update of Comprehensive Plan. Polk 2050 will replace the current Comprehensive Plan Polk 2030 that was adopted in May 2006. Since the Polk 2030 plan adoption, many changes including significant growth, development and redevelopment have occurred within Polk County. The final draft of the updated plan can be found at www.Polk2050.org

The plan is intended to provide the citizens of Polk County with a vision of the future of their County and their neighborhoods. Based on this vision, the plan establishes a policy framework for land use changes and public improvements, within a 25-year time frame. Polk 2030 was adopted May 9, 2006.

The County’s last Comprehensive Plan was adopted in 1990. Many of its goals were achieved, notably the protection of much of the County’s agricultural land base: the highly productive farmland in the northern two-thirds of the County. However, significant growth of the metropolitan area in the 1990s prompted Polk County to re-examine its role and direction within this regional framework.

Among these trends: the rapid growth and expansion of western suburbs such as West Des Moines, Clive and Urbandale into Dallas County threatened to shift the region’s economic center of gravity from the central city westward toward the I-35/I-80 ‘beltway.’ Meanwhile, the equally rapid growth of first-ring suburban cities such as Ankeny, Johnston and Altoona began to create land use and annexation conflicts along the city/county boundaries. In the southeast, zoning that allowed a pattern of one-acre suburban lots with on-site septic systems led to traffic safety concerns on rural roads and created barriers to the efficient extension of urban services. These are among the issues that this Comprehensive Plan must address. The County’s objectives in updating its Comprehensive Plan were to:

The plan is organized into eight elements or chapters that follow this Introduction:

It is important to clarify which elements of the comprehensive plan apply to which areas of the County. The County’s ability to regulate land use extends only throughout the unincorporated area, so the Land Use Plan focuses on that area, while attempting to coordinate with the plans of adjacent cities. Other elements that focus primarily on unincorporated Polk County include Environmental Quality (focusing on County parks, trails and open space protection efforts) and Agriculture. The Infrastructure Plan focuses primarily on water, sewer, other utilities in the unincorporated County, but on major highways countywide. The Economic Development and Housing elements take a countywide and even a regional perspective, since Polk County’s activities in these areas cross municipal boundaries.

The planning effort was comprised of Comprehensive Plan Steering Committee, four Area Committees, an Economic Development Task Force and a Housing Task Force. The planning effort involved coordination with city departments, other governmental agencies, the private sector, citizen groups, and the general public. Broad-based public input is essential to the success of the plan. Great efforts were made to make the general public aware of the comprehensive planning process through the multitude of committee meetings, open houses and formal public hearings.

Please use the links to access the plan. Included are the maps, exhibits and appendixes. Also available is an executive summary of the plan that highlights the plan objectives. Background studies used to generate the plan are also available. Contact us at publicworks@polkcountyiowa.gov 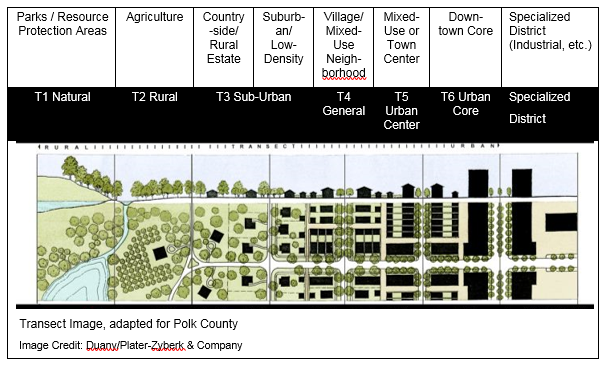