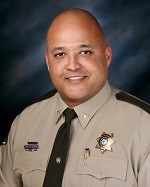 Chief Robert Stanton, began serving the citizens of Polk County in 1998.  Chief Stanton has worked in every division of the Sheriff’s Office and with several Task Forces within the metro area.  Chief Stanton has attended Des Moines Area Community College, Upper Iowa University, University of Virginia, Des Moines Regional Police Academy, and the FBI National Academy class #274.   Chief Stanton is a member of several civic and law enforcement organizations, and was the founding President of the Iowa chapter for the National Organization of Black Law Enforcement Executives. (N.O.B.L.E)  Chief Stanton is a lifelong Polk County resident. 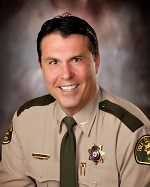 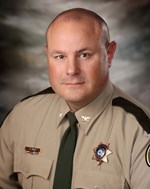 Chief Ken Pilch has been serving the citizens of Polk County since 1992 when he started as a deputy at the jail. Since then, he has worked as a deputy on patrol as well as serving as a team member on the Metro Star entry team.  After promotion to sergeant, he worked as a supervisor at the jail, the training division and the patrol division. During this time, Chief Pilch also served as the assistant commander for Metro Star and the Weapons of Mass Destruction Response unit. As a lieutenant, Chief Pilch supervised the patrol evening shift until promotion to Captain where he worked at the jail and then spent three years as the Commander of the Mid-Iowa Narcotics Enforcement drug task force. Currently Chief Pilch is assigned to the Court Services Division which includes Courthouse Security, Court Staging and the Civil Division.

Chief Pilch grew up in a suburb of Chicago. He graduated Iowa State University in 1991 and has remained in Polk County since earning his degree.  He is an Iowa Law Enforcement Academy Defensive Tactics Instructor and Firearms Instructor.  Chief Pilch also holds a 6th degree black belt in the Korean martial art of Hapkido. 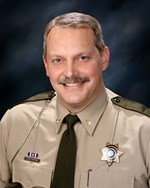 Chief Steve Hoffman is a second generation peace officer that began his career in 1991 serving communities in Marshall and Jasper Counties until joining the Marshall County Sheriff’s Office in 1994 as a deputy sheriff assigned to the patrol division where he held a number of positions including traffic safety officer, motorcycle officer, Mid-Iowa Drug Task Force investigator, defensive tactics and defensive striking instruments instructor, Sergeant, Chief Jailer, Chief Deputy and Sheriff until joining the Polk County Sheriff’s Office in February of 2021. 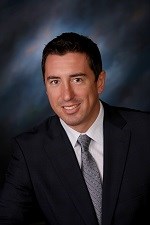 Chief Frank Marasco serves as the Chief Administrative Officer for the Polk County Sheriff’s Office overseeing the Administrative Services Division, and began his career with Polk County in the Human Resources Department. Chief Marasco holds a Master’s Degree in Business Administration (MBA) from the University of Iowa, a Master’s Degree in Public Administration (MPA) from Drake University as well as a Certified Public Manager (CPM) designation from Drake University and the State of Iowa.  Administrative services is responsible for all fiscal management including accounting and budgeting, planning and development, technology services, personnel and organizational development, and contract management. 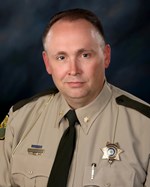 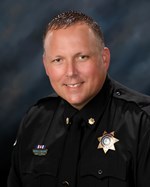 Major Cory Williams, began serving Polk County in 2000 and has served his entire career in the Jail Division.  Major Williams has extensive knowledge and experience in Jail operations.  He started as a Detention Officer and worked nearly all areas of the Jail operations.  He served on the Jail Transition Team and assisted in the implementation of the current Polk County Jail specializing in emergency operations, key design, security electronic systems, and tactical response team to name a few.  He is a member of several organizations and committees: Polk County CJCC, AJA, ISSDA, and the ISSDA Jails Committee to name a few. 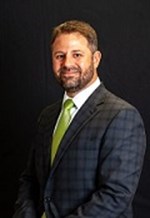 Jim Sarcone, began serving Polk County in 2014, in the Sheriff’s Office Civil Division.  Since then he has moved on to manage the Office of Professional Standards.  Jim completed his undergraduate at Creighton University, Certified Public Manager at Drake University, and is currently completing the Master of Public Administration program at Drake University.

Captain Matt Mertens, is assigned to the Polk County Jail. 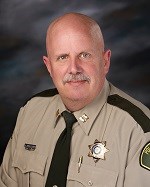 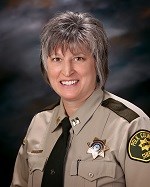 Captain Jana Abens began serving Polk County in 1998. Throughout her career she has gained line staff and supervisory experience in each division of the Sheriff’s Office, most recently as Commander of the Mid-Iowa Narcotics Enforcement Task Force, Jail Division Captain and now oversees the Civil Unit where she continues to collaborate with many agencies and organizations. Her undergraduate degree was achieved at Iowa State University in 1997, she completed Northwestern University’s School of Police Staff and Command in 2018, then the Certified Public Manager Program in 2020, and will earn a Master’s Degree in May of 2021 from Drake University. She is a member of several organizations and serves on the Iowa Law Enforcement Academy Council in addition to two committees within the Iowa State Sheriff’s and Deputies Association. 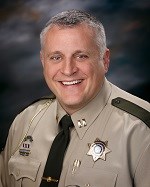 VanHoozer completed his enlistment as a Scout-Sniper in the 2nd Marine Division, and was hired by the Polk County Sheriff’s Office in 1997.  In 2001, he attended the 1st Regional Police Academy held by the Des Moines Police Department.  In addition to an AS Degree in Liberal Arts from DMACC, VanHoozer is also a graduate of Class 436 of the Northwestern School of Police Staff and Command and has also completed the Drake University Certified Public Manager course. 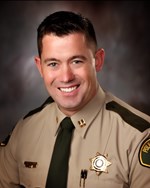 Captain Brandon Bracelin, is a veteran of the Polk County Sheriff’s Office, serving the citizens of Polk County since 2002.  He has extensive knowledge and experience in Law Enforcement Services, Detention, Court Services, and the Office of Professional Standards.  Bracelin has served as the Sheriff’s Office Public Information Officer, Hostage Crisis Negotiator, Field Training Officer, Patrol Rifle Team, Defensive Tactics and Firearms Instructor.   He now leads the Professional Services and Training Division.  The Professional Services and Training Division is responsible for the recruitment, retention and training for over 500 Sheriff’s Office employees.  Captain Bracelin is a graduate of Northwestern University’s School of Police Staff and Command. 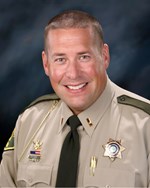