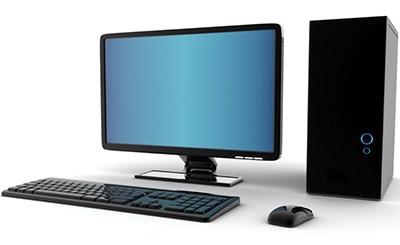 You’ve heard the news stories about credit card numbers being stolen and email viruses spreading. Maybe you’ve even been a victim yourself. One of the best defenses is understanding the risks, what some of the basic terms mean, and what you can do to protect yourself against them.

What is Cyber Security?

It seems that everything relies on computers and the Internet now — communication (email, cellular phones), entertainment (digital cable, mp3s), transportation (car engine systems, airplane navigation), shopping (online stores, credit cards), medicine (equipment, medical records), and the list goes on. How much of your daily life relies on computers? How much of your personal information is stored either on your own computer or on someone else’s system?

Cyber security involves protecting that information by preventing, detecting, and responding to attacks.

What Are the Risks?

There are many risks, some more serious than others. Among these dangers are viruses erasing your entire system, someone breaking into your system and altering files, someone using your computer to attack others, or someone stealing your credit card information and making unauthorized purchases. Unfortunately, there’s no 100% guarantee that even with the best precautions some of these things won't happen to you, but there are steps you can take to minimize the chances.

What Can You Do?

The first step in protecting yourself is to recognize the risks and become familiar with some of the terminology associated with them.

Cyber attacks target computer or telecommunication networks of critical infrastructures such as power systems, traffic control systems, or financial systems. Cyber attacks target information technologies (IT) in three different ways. First, is a direct attack against an information system “through the wires” alone (hacking). Second, the attack can be a physical assault against a critical IT element. Third, the attack can be from the inside as a result of compromising a trusted party with access to the system.