Authorities have often asked the general public to remain vigilant and alert regarding terrorism, but just as often, the public has responded: “Remain vigilant and alert for what?” This article is intended to provide information that will help YOU to help US in our everyday effort to identify and stop terrorism – before it becomes a deadly and tragic reality.

Who are the terrorists?

Many terrorists are directed by countries or groups outside the United States. However, terrorists can also be US citizens (often called “extremists”) who target the government, minorities, or foreign populations within the US. Whoever the terrorists are, and wherever they come from, they share one thing in common: they use unlawful force or violence in order to try to coerce and/or force a government or population to modify its philosophy and direction. 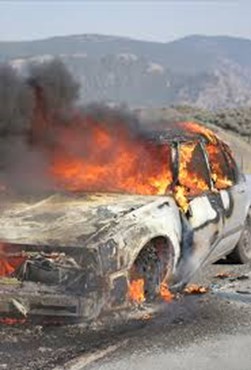 Acts of terrorism are usually well planned months or even years in advance. While the activities of terrorists and extremists are very subtle and covert, their attacks are often preceded by activities known as Pre-Incident Indicators. Pre-Incident Indicators can include a number of “signature” crimes – such as ID theft and burglary – but can also include seemingly harmless activities, such as taking photographs, renting apartments, or making large cash purchases. Terrorists also conduct surveillance of their targets, beginning well in advance of an attack and often continuing until just prior to the attack.

What are some characteristics of terrorists?

How do terrorists gain support?

Terrorists gain support for their cause through a number of open and closed meetings, and they share information about their cause though:

How do terrorists prepare of their “Mission”?

In order to prepare for their mission, members of terrorist organizations routinely:

How do terrorists move within our community?

Terrorists seek to blend in with the surrounding community, often establishing their existence through a new identity. Terrorists tend to establish and maintain their new identity through:

How do terrorists support their cause?

Without adequate funding, terrorists cannot conduct their mission. Terrorists will therefore rely on easily obtainable, but illegal funding. Law enforcement personnel refer to these criminal activities as “signature crimes of terrorism”, which include:

What to look for

What kinds of things might the public encounter that could indicate terrorism support or terrorist activity?

Theft of large cash purchases of

Recruitment Techniques – CAUTION: the following factors, which may constitute activity protected by the United States Constitution, should only be considered in the context of other suspicious activity and not be the sole basis of suspicion.

It is difficult, if not impossible, to predict the time or location of a terrorist attack without adequate information. The only sure way to prevent such attacks is by gathering and acting upon intelligence in a timely matter and by sharing that information with other law enforcement agencies. Our best tool in the war on terrorism is you, the public.

Many of these activities, in and of themselves, may not indicate criminal activity. Taken together, however, they may be a cause for concern. If you observe people acting suspiciously, don’t hesitate to contact local law enforcement.

If you have suspicions in your community about any of the Pre-Incident Indicators referenced in this material, you should obtain as much information as possible without putting yourself in harm’s way. Provide the following information to law enforcement:

The best way to combat terrorism is to arm yourself with accurate information and basic emergency preparedness to face a wide variety of threats. It is important that you remain calm, be vigilant, and follow instructions from local officials.

If there is a Terrorist Attack

If There is an Explosion:

If There is a Fire:

If You Are Trapped in Debris: